I’m a 9-5er by day and a blogger by night.  A natural born creative on a quest to find my life’s purpose in this big bad world we call home.

I write about my life and the weird/ crazy/ wonderful events that I have encountered along the way.   I take an ethnographic approach, human nature fascinates me, and write about the people I’ve met and the stories they tell.  I share my journey to offer an alternative perspective on humanity to promote understanding and shed light on the grey areas of life.

Another year has come and gone and here I am facing another birthday.  What can I say about this past year? Well it wasn’t without its own set of challenges.

I started last birthday by listing everything I was grateful for in Diary of a Restless Rebel – 5th February 2019 .  In hopes that saying and writing those words would allow me to actually feel satisfied with my life. I’m not saying that expressing gratitude is pointless, but behind those words I still held high expectations of what and where I wanted to be at that time.  And I was damn sure going to get there! “That’s right, 2019 is MY year!” Anyone else declare their New Year’s intentions with such determination?

I thought that statement made me look impressive and powerful like a lifeguard on the beach holding that orange rescue buoy as my gratitude, while running through the water to save a life.  Have any of you actually tried doing that? It’s really fn hard unless you’re athletic and have legs for daaaays. But I stand at 5’3” and don’t spend my spare time pumping iron. So at times last year it felt as if I was the one who needed rescuing and it was my gratitude that kept my head above water.  So in my case gratitude was simply not enough and I was settling and not living. I was forcing all the pieces to fit into where I wanted it to be, and not allowing things to happen that was in line with my true self. END_OF_DOCUMENT_TOKEN_TO_BE_REPLACED

Talk to me about a new cutting edge idea that questions the status quo and I instantly become an advocate for spreading the word. But does adopting this new idea mean I must let go of something I worked so hard and so long for?  Well, that’s when things get a bit more complicated. I’ve always taken pride in my free-spirit and progressive ways, and I enjoy being at the forefront of new ideas.  But turning those concepts into reality for me, have been a bit of a struggle.

For the last 4 years I’ve toyed around with the idea of a life change, however I had no idea what I wanted to change it to.  It was 2016 and I was living in London, UK. I was working as an interior designer for a luxury residential design firm, and feeling completely depleted from the daily grind. I wasn’t doing myself any favours either by enjoying late nights of revelry, and dealing with the daily incessant flow of people in one of the largest cities in Europe.  By the end of that year, change arrived like a meteorite as my application for a sponsored work visa was refused by The Home Office.  I was left with no choice but to return to Canada by Christmas, but officially it was called a “Voluntary Departure”.  The life I knew for the past 9 years was quickly swept away when I arrived in Toronto with my life fitting into 4 pieces of luggage and 1 carry on.  In the spring of 2017 still feeling homesick, I created a little London for myself: I began a new job in a similar role, moved into a similar neighbourhood in downtown Toronto and surrounded myself with similar people having similar late night situations.  Here I was, back to the daily grind.  Same shit, different pile comes to mind? END_OF_DOCUMENT_TOKEN_TO_BE_REPLACED

The other day my housemate told me of a visit from her deceased father as she napped on the sofa.  I suppose to many westerners, this is a strange situation.  I get it, I’ve lived a lot of my adult life as a “freethinking heathen” away from the traditions and beliefs of my ethnic heritage.  However, I grew up in a house with Filipino immigrant parents.  So it wasn’t all THAT bizarre as I remembered how the Filipino culture has very strong beliefs in a parallel spirit world.  And I got thinking about my own experience with visitations from my own father. END_OF_DOCUMENT_TOKEN_TO_BE_REPLACED

I’m preparing to visit family in my hometown next month.  It’s actually a great little city and has really grown in the last decade however I’ve never liked the place much, and always felt like it was a bit of a fishbowl. I’ve also had some pretty horrible experiences as a kid in school with bullying, and never quite felt like I fit in.

Primary school had its moments, but middle school was the worst.  A group of core girls really hated me, they jumped me after school one time, and got some other asshole boys to vandalise the garage at home with graffiti and eggs, they spread nasty rumours and END_OF_DOCUMENT_TOKEN_TO_BE_REPLACED

I started watching a TV program on Netflix yesterday about a woman who wakes to re-live her 36th birthday over and over again after she dies an untimely death.  A “glitch” in time is giving her another chance to make her life right and it had me thinking about my own life.

This morning I woke up to my own birthday and I identify metaphorically to the concept that every year we’re given another chance by the universe to set our lives right, with a restart or beginning of a new cycle.  It all sounds about right? We’re on a journey thinking we’ve completed it only to begin another.  But in reality we have never really finished the first.  A friend pointed this out to me the other week as we caught up about all that was so-called “new” in our lives. “Flo, you’re still on the same fucking journey you were on 3 years ago when we were living in London.”  Well he was right, turns out my journey is still the same, but my environment has changed, adding new challenges and insights. END_OF_DOCUMENT_TOKEN_TO_BE_REPLACED

Well that’s a strong phrase I never thought I would say.

Before you go too far passing judgement, addiction shouldn’t be a factor in deciding whether the person is immoral and bad. And what if the addiction is more benign than any of the common culprits mentioned above?

Allow me to start again.  Hello, my name is Flo, and I am addicted to being unbored. END_OF_DOCUMENT_TOKEN_TO_BE_REPLACED

The Hippie, the Neo-Nazi and the Exorcist…sounds like the start to a bad joke. I actually made a sarcastic comment this past weekend to a girlfriend of mine about how my next post should be about how I have a tendency to meet such idiosyncratic types.  It’s no joke, I really do, and I think you’ll find it rather interesting.  Here’s my story of how meeting these characters have played out over the past 6 months.

Last July I spent a weekend away to leave the hectic grip London had over me, as I wanted space to think about whether to continue with the visa sponsorship at work.  So I escaped to Devon in the south western part of England.  The town I visited was recommended by a good friend and had a direct train from London so was easy to travel to in a few hours. Walking down the High Street I understood what my friend meant when she described the town as having a bohemian vibe full of spiritual types, where I could find a yoga class or END_OF_DOCUMENT_TOKEN_TO_BE_REPLACED 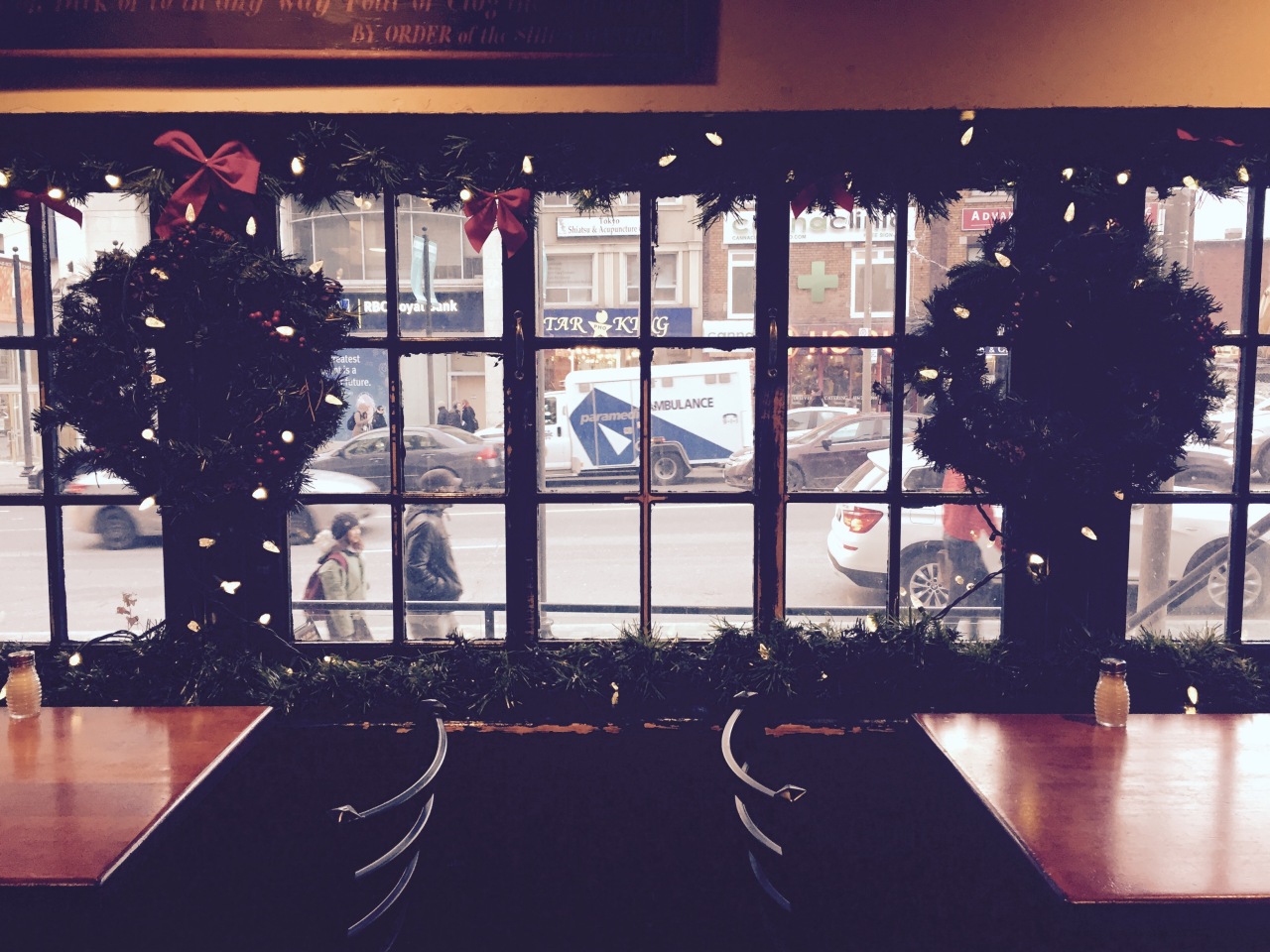 Hey guys, it’s Flo.  As the dust settles with my indefinite move to Toronto and the holiday celebrations have come to an end.  The sun has set on another year, a new one has dawned and as a result has triggered some introspection in me.

2016 has been an eventful one, with the last few months being very strange. I’ve been too busy to even think about much and have been operating on auto pilot; working like mad at the office then suddenly stopping. Straight onto attending various Christmas parties, packing up my life, saying goodbyes, getting on a plane, and then arriving in Canada to the open arms of my family.  The manic nature of London is behind me, but there’s no rest during the holidays. So it was straight onto family reunions, loads of food and merry making with friends.  Now, just under two weeks into life here and I’m only just having some time for reflection.

I feel like I’m in this weird timeless vortex.  The strange and quiet space in between the start and the finish.  The midway points that we eventually forget about years down the END_OF_DOCUMENT_TOKEN_TO_BE_REPLACED 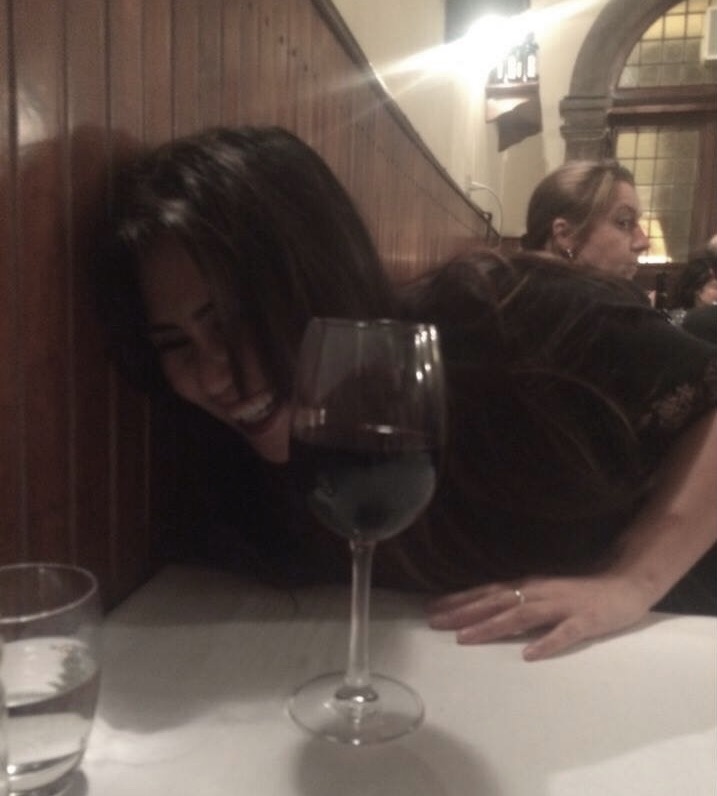 Hey readers, its Flo.  How’s it going these days?  I’ve actually been very busy at my 9-5 as of late.  I’ve been doing work that’s somewhat removed from the usual, and it’s a bit full on.  Which I don’t mind to be honest, as I’m a fan of variety.  I’ve also realized the work I’m doing at the moment is a culmination of skills I’ve learned at previous jobs.

My very first permanent job in London was to work on a central London boutique hotel project, and the company I worked for were the lead design consultants on the job.  The afternoon before the monthly project meeting, I was given the task of preparing the meeting agenda.  Jez, the creative director, gave me a list of items to include and all I had to do was type them up in bullet points. I typed up the list, scanned my eyes over it, and ran a spellcheck over the document…hit save – pressed print – job done! END_OF_DOCUMENT_TOKEN_TO_BE_REPLACED

Hey readers it’s Flo.  And how are you all doing a few days into a new era, otherwise known as the dawn of the apocalypse?  There’s my drama queen ways acting up again ;).  But seriously, what the fuck ‘merica?  I actually planned to write about something else, although entertaining, but nonetheless not as relevant given the news about the US presidential election.

I try to stay away from the media when it comes to these things, however I understand this is big news with Trump winning the election as this will have a global effect.   I can empathise with the Americans, having gone through Brexit here back in June.  You feel all sorts of emotions after the initial shock of the news. And not just the kinds of emotions you feel when you fight with your partner, or when you have a tense moment with a sibling.  It’s less direct, but bigger, like something heavy is hanging in the air. Almost like a sense of alienation, like the neighbours that you’ve come to know and love, are not the people you thought they were.  There is also a feeling of fragmentation happening, but on a large scale. And let’s face it, it feels really shitty! END_OF_DOCUMENT_TOKEN_TO_BE_REPLACED